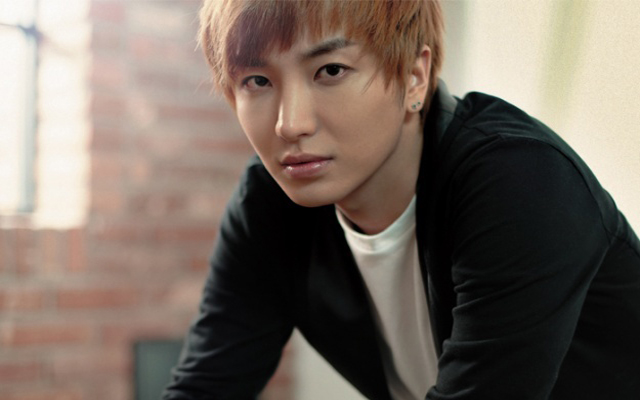 On Super Junior’s recent visit to Thailand, as part of the performers’ line up of the “2012 M! Countdown Smile Thailand” concert, Thai ELFs showed up under the hot sun to send a message to the Super Junior leader.

Fans came in droves to flash the message, “Leeteuk, I will wait for your comeback.” Fans expressed their willingness to wait for him, though it would take 10 years. It was a statement from his fans who will miss him when he enters mandatory military service.

Leeteuk was welcomed with frenzied cheering when he opened the show. He said, “We hope to hold a concert you will enjoy.” Leeteuk and Super Junior performed their 2012 chart-topping hits “Sexy, Free and Single” and “Spy” at the concert.

Leeteuk likewise expressed his appreciation of Thai fans and Thailand at the press conference held prior to the concert. “Super Junior has found a second home in Thailand,” he said. “Super Junior’s first overseas visit was Thailand, so to enlist after coming to visit local fans is a delightful way to say goodbye. We will give you a good show onstage.”

Super Junior’s Leeteuk enlists into the military on October 30. After five weeks of basic training, he will continue on to serve 21 months as an active soldier.

Super Junior
Leeteuk
KPLG
military enlistment
How does this article make you feel?