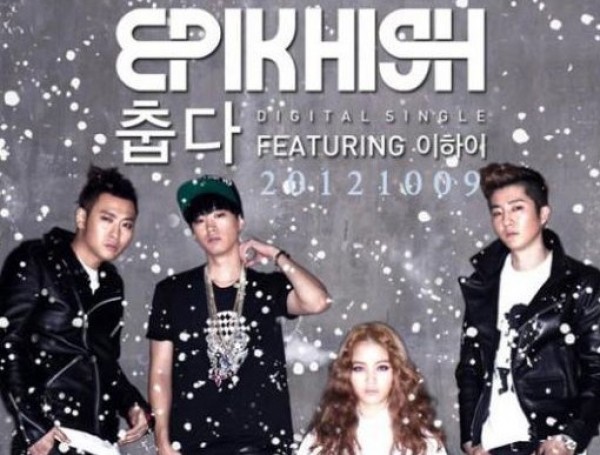 Epik High released a new song “It’s Cold” on October 9 at 6pm and immediately took over all major online music streaming charts. “It’s Cold” is one of the songs included in Epik High’s upcoming 7th regular album. This album garnered much attention as it is the first album Epik High is releasing after signing their exclusive contract with YG Entertainment.

“It’s Cold” is written by Tablo and YGE’s producer Choi Pil Gang. Mithra Jin and Tablo wrote the lyrics together. The song narrates a story about a couple and their love and heartbreaks, which results in emotional numbness. It features SBS “K-Pop Star” runner-up Lee Ha Yi. Along with Tablo and Mithra Jin’s sentimental lyrics and refined rapping, Lee Ha Yi’s unique voice adds that special melancholy feeling to the song.

Meanwhile, Epik High first made their debut in 2003 with “I Remember” and had produced numerous hit songs including “Fan,” “Fly,” and “Love Love Love.” They successfully won the affection of both popular audience and hip hop fans with high quality albums. Their special album “Epilogue,” which was released in 2010, made a surprise US iTunes debut at the first place, hinting at the potential of Korean wave in hip hop music and culture.