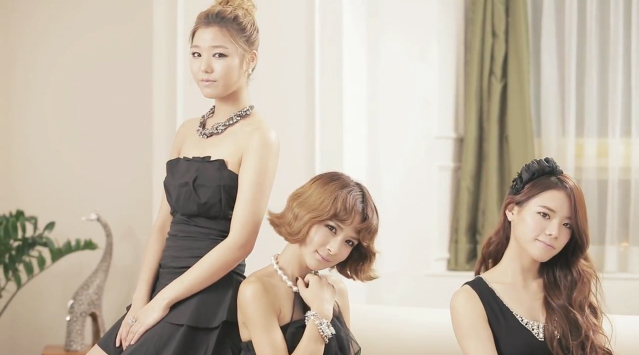 Vocal trio Gavy NJ makes their comeback this week with their sixth album “Gavish.” The music video for their title track “Lady Killer” was released recently.

“Lady Killer” was composed by Min Myung Ki and penned by the leader of the group, No Shi Hyun. It is a medium-tempo rock number with lyrics about a woman’s ideal man and is the female version of the song “Wishful Thinking” by Byun-jin Sup.

This is also the first album for new members Jenny and Gunji, who joined the group earlier this year. Through”Gavish,” the group hopes to show off their new and improved sound.

Gavy NJ
KPLG
How does this article make you feel?