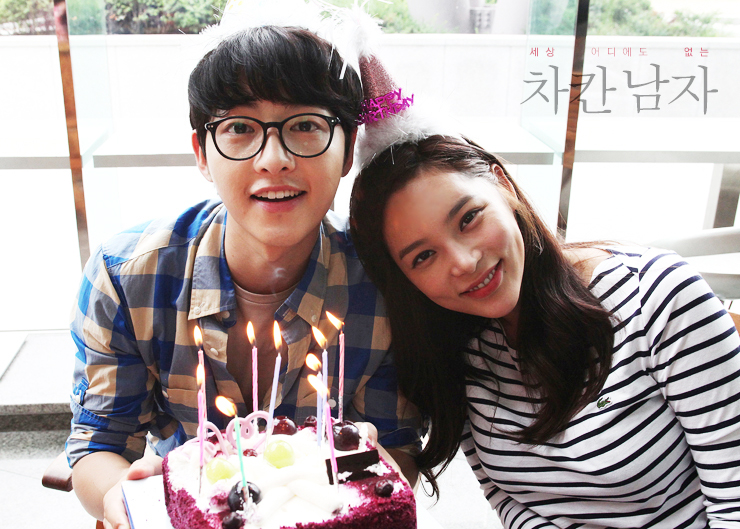 It’s already that time of the drama where actors sport new ‘dos to woo their boo’s aka us, the fans. Song Joong Ki and Park Shi Yeon changed up their hairstyles and oh, how magnificent they look.

On October 10, KBS’s Wed/Thurs drama “Nice Guy” has revealed pictures of the two actors on their official homepage.

Song Joong Ki gels his hair up, looking slick and manly with his new look. Him working intently and staring at his “Nice Guy” script adds to his upgraded chic appeal.

Park Shi Yeon has cut her hair, changed her facial expression, attitude and fashion sense to fully portray her character who desperately wants to cling onto the life of the social elite. She has revealed that this is the first time since her debut that her hair has been this short. She explained, “Just like Jae Hee’s drastic experience, there will be a lot of changes for Jae Hee in the future. Please look forward to it.”

“Nice Guy” airs on Wednesdays and Thursdays at 9:55pm (KST).

Soompiers, have you started watching this drama? Do you recommend it?