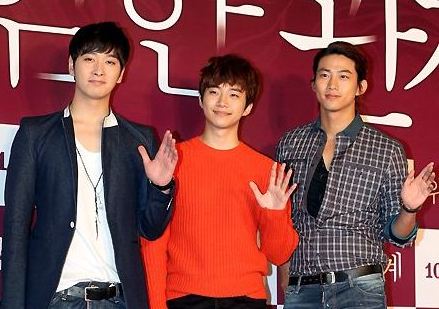 On October 10, 2PM member Taecyeon posted a photograph of himself, Chansung, Junho, and “Dangerous Liaisons” star Jang Dong Gun on his Twitter account with the following words: “We came to the preview of “Dangerous Liaisons” because (older brother) Dong Gun kindly gave us an invitation~ hehe So excited~ I’m going to go and happily watch~.”

The film will be released on October 11.