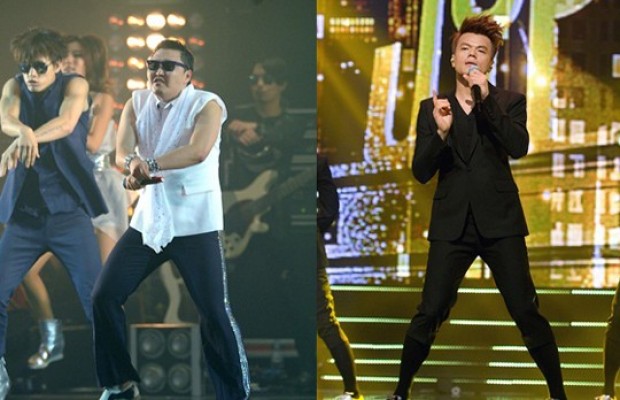 JYP Claims “Gangnam Style” Was Made with Him in Mind

Jack of all trades Park Jin Young has revealed the reason for his support for Psy.

On October 12, Park Jin Young made an appearance on SBS “Good Morning” and revealed the reason for his tweet that supported Psy.

Park Jin Young playfully claimed, “The reason why I am supporting a YG artist is because I heard that ‘Gangnam Style‘ was created with me in mind.”

Recently, Park Jin Young posted a support message for Psy on his Twitter saying, “Jae Sang, I just heard about your news today after spending my time away from Korea without a cell phone or internet connection. What in the world is going on! I did an interview cheering you on and wishing you to succeed with ‘Gangnam Style‘ two weeks ago, just before I left Korea. And now that song is ranked at the second place on the billboards chart! How could you accomplish something other people have prepared for years in just a month? Congratulations! Your life is full of drama! I’ll give you a call as soon as I get a cell phone again.”

During this segment, actor Lee Byung Hun also made an appearance and praised “Gangnam Style,” saying that the title of the song is very fitting with the artist himself.

Meanwhile, this segment also aired a never been seen before footage of the “Gangnam Style” music video.