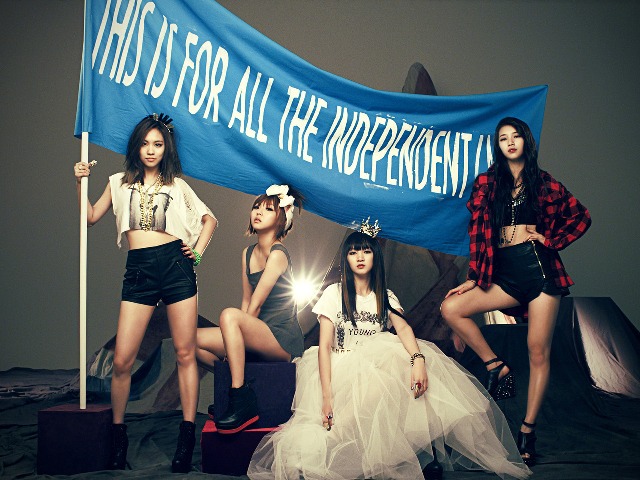 Miss A makes a comeback with their fifth project album, “Independent Woman, Pt. 3.” There are five songs in the album with the title being “Live Well Without a Man.” The song was composed by JYP and is of the southern hip-hop genre. It holds lyrics about young women living with much confidence. Also included in the album are funky number, “Ma Style” and “Madness” featuring 2PM’s Taecyeon.

K.Will returns after three years with part one of his full-length third album. The title track is “Please Don’t Be Like This,” a Kim Do Hun masterpiece. It is a number that meshes hip-hop and bokgo rhythms. It is a song about a person thinking about meeting a girl, breaking up with her, and trying to get back together. Other songs in the album are ballad number, Butterfly” and acoustic love song, “You Are So Beautiful.”

After receiving much love with “Heaven,” Ailee releases her first mini-album titled, “Invitation” this month. The album has six songs of various genres, ranging from disco, R&B, ballad, to acoustic pop numbers. The title track is “Will Show You,” a Kim Do Hun and Lee Young Seung (ITOMY) composition. It is a disco number with an easy, but addictive melody line. Ailee’s powerful vocals can be heard through this song.

Jewelry – Look At Me (released)

Jewelry makes a comeback with a confident and edgy attitude this month. The new album is titled “Look At Me” and it includes six brand new songs. The title track is of the same name and was co-composed by Sinsadong Tiger and Rado and penned by EXID’s LE. It has exciting and funky rhythms along with an addictive hook.

Singer songwriter returns with a new mini-album titled, “Far East 2 Brick Lane.” These five songs follow the mood of being sad yet cool. The first track, “Walk” is a British keyboard rock number while “With You” has an analogue, oriental melody line.

The queen of trot music, Jang Yoon Jung returns in time for her ten year anniversary in the music field. There are seven new tracks and five remakes. The title track is “You Came,” a song with pansori (traditional Korean music style) elements. Various traditional instruments such as the SoHaeGeum and loquat were incorporated into the song.

AOA releases their second single, “WANNA BE” this month. There are three songs including the title track, “Get Out.” The synthesizer and band elements mesh well in this pop number. It holds lyrics about a girl who warns her boyfriend for cheating on her.

Epik High makes a comeback with a brand new single titled, “Cold.” The song was co-composed by Tablo and Choi Pil Gang and penned by Tablo and Mithra Jin. It is a sad duet number featuring K-Pop Star’s very own, Lee Hai.

CSJH the Grace’s Stephanie returns as a solo singer this month. The new single album has three songs including the title track, “Game.” It is a progressive house dance number with powerful synth sounds. Also included in the album is “Dance,” a funky number featuring f(x)’s Amber.