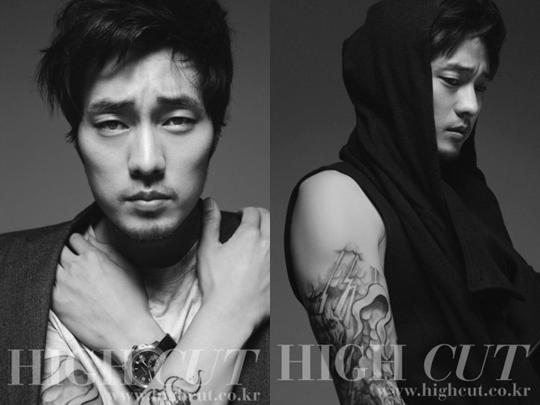 So Ji Sub Reveals Meanings Behind His Tattoos: “It’s The ‘Baddest’ Thing I’ve Ever Done”

So Ji Sub recently sat down for an interview and talked about his film “A Company Man” and his life as an actor.

So Ji Sub originally was an athlete, spending 11 years as a swimmer. After he ended his athlete career, he dreamed of being a hotelier, which he says, he still wants to do. He admitted that he never wanted to be an actor and the only reason he started was to make money. But as he acted, he realized it was fun and upon liking it, he had a desire to become better.

However, that doesn’t mean that So Ji Sub completely adjusted to this lifestyle. So Ji Sub shared how sometimes, it’s a very suffocating life. “I’m very introverted and I don’t talk much. I’m not much of a people’s person. I like to wear baggy clothes and sit on the floor. But since my face is known and I’m a celebrity, I need to dress well all the time and live indoors a lot. So sometimes, it’s really frustrating and awkward,” he said.

He continued, “Whenever I have time, I go to the US. When I wake up in the morning, I don’t even wash up and I just go outside for a cup of coffee – I love having that freedom. So I guess the reason why I’m an actor is because the joy of acting is greater than those other difficulties.”

So Ji Sub also shared, “I’m the type to gain weight right after I eat so exercise is a necessity for me. I want to get married before I turn 40 but there’s not a lot of chances to meet people so I’m worried.”

Finally, So Ji Sub shared the meanings of his tattoos. “The one on my back means, ‘I won’t change even if I’m reborn.’ The 51K inside the diamond represents my agency. The building on my shoulder means that I should never forget my dreams. The most recent one on my arm means ‘Enjoy and love life.’ I know that having these tattoos may be uncomfortable for when I act but I thought it through before deciding to get these. It’s probably the ‘baddest’ thing I’ve done in my life.”

So Ji Sub
KPLG
A Company Man
How does this article make you feel?