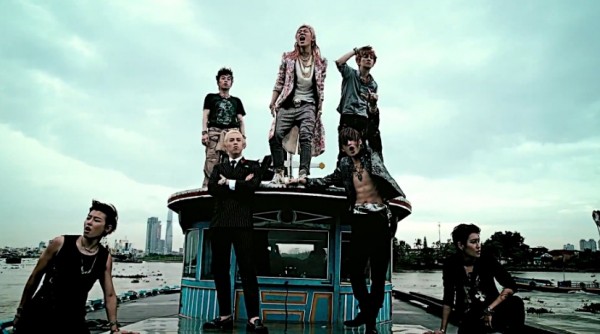 Block B shared their feelings about their first come back in eight months.

On October 17, Block B held a press conference to celebrate the release of their first full-length album.

This past February, Block B was criticized for their insincere attitude during a television interview so they had been taking some time off to reflect on their actions. But after eight long months, Block B has returned with their first official album, “BLOCKBUSTER.” Block B shared, “During those eight months off, we did a lot of charity work,” and “Because we caused so many problems earlier, we put even greater effort into our music to make up for it.”

Block B’s leader Zico stated, “If we were to put a theme on this album, it would be ‘freedom.’ I know people call us the ‘hip-hop idols’ but it’s hard for us to call ourselves that,” and “Since each day brings new emotions and feelings, our music changes with that as well. We tried very hard to include the many things we felt during our time off. We tried not to limit ourselves but to keep moving forward.”

He continued, “We put a pirate concept to this album since it matches with the ‘freedom’ theme,” and “There’s jazz, electronic dance, ballad and urban hip-hop in our new album. We wanted to show you our limitless positions.”

Block B has released their “Nillili Mambo” music video today and has started their promotion activities.

Block B
KPLG
How does this article make you feel?