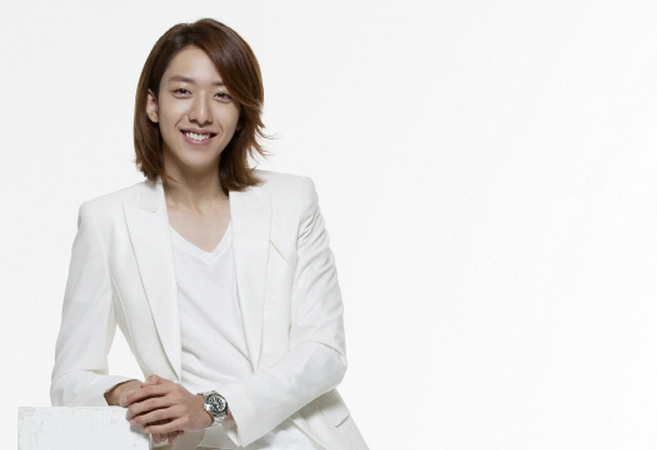 CNBlue bassist Lee Jung Shin showed off a newly transformed self in “Elle Girl.” Dressed in oversized winter tops, he was seen with a shorter do.

In the interview following the photoshoot, Lee Jung Shin shared his thoughts on his acting debut. He humbly stated, “I hope I can approach the public both as CNBlue’s Lee Jung Shin and rookie actor Lee Jung Shin without aversions.” When asked about his fellow CNBlue members, Lee Jung Shin brightened as he revealed that the members enjoy playing “anipang” games and sending each other hearts. He explained, “With Min Hyuk’s help, I was able to set a record of 560,000 points. As a result, I was able to become a hero for a week. But these days, we’re slowly getting over it.”

When asked what he did better than others, Lee Jung Shin replied, “I’ve achieved everything through practice not because of natural talent. However, if I were to pick one, I would say being able to make a good, friendly atmosphere. My close friends have told me that I give them trust.”

You can check the rest of Lee Jung Shin’s interview and spread in the November issue of “Elle Girl.”