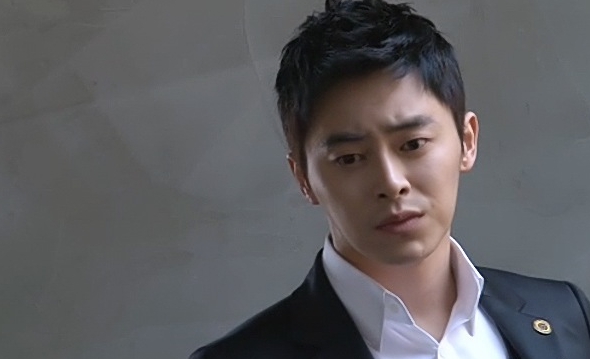 Actor Jo Jung Suk appeared on tvN “Taxi” and talked about his future plans of marriage and ideal girl on October 18. During the filming, he honestly opened up and said, “I’ve been broken up with my last girlfriend for about a year and a half now. I’m not seeing anyone, but I would like to get married in three years.”

When asked about his ideal type of woman, Jo Jung Suk responded, “I’m more attracted to charming women than pretty women. If I were to pick my ideal type of woman from celebrities, I would choose CL of 2NE1.” He added with a shy smile on his face, “I even asked Big Bang‘s Daesung, whom I’ve appeared in a TV drama with previously, to get CL’s autograph for me.”

Also on this episode of “Taxi,” Jo Jung Suk talked about behind-stories of his first major film role in “Architecture 101″ and his previous career as a musical theatrical actor. When MC Kim Gu Ra asked him to show a talent, Jo Jung Suk transformed into his character Nab-Ddeuk from “Architecture 101” and danced on a pole at the BIFF plaza.

BIFF
Taxi
Architecture 101
Jo Jung Suk
How does this article make you feel?