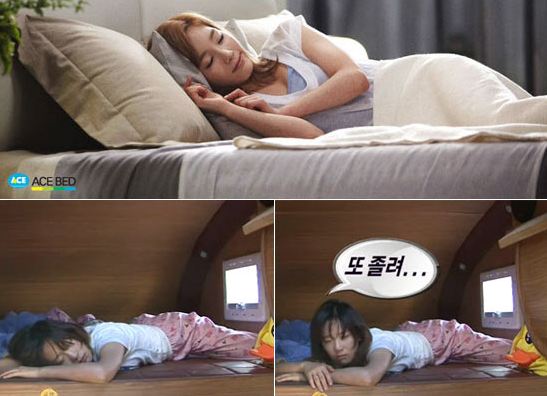 10 Celebrities Sleeping On The Job

We all have those days where we’re at school or work and we’re just zoning out because we’re tired from the night before. Maybe it’s because the neighbors hosted a loud party all night long, just took the midnight shift at work, pulled an all nighter because of homework and tests, surfed the internet not knowing how fast time flew by or maybe the kids at home had a nightmare and couldn’t fall asleep. Whatever the reason, we just want to sleep. Right now.

And as many of you know, life as a K-Pop celebrity is pretty brutal tackling endless schedules that keep piling up, going to skin care clinics and fitness gyms to keep up with their appearances, practicing singing, dancing and acting to improve their performance and marketability. Whew! When do they find time to catch some zzz’s? Well, turns out some of the celebrities had a little secret. Unfortunately for them and fortunately for us, they’ve been caught on camera.

Click through the numbers below to see the special few captured on screen!

JYJ‘s Jaejoong trying to catch some zzz’s before he catches his flight.

T-Ara‘s Jiyeon and 2AM‘s Jinwoon nodding off before they receive the nod to film their scenes in KBS’s drama “Dream High 2.”

Lee Seung Gi dozing off like a prince in KBS’s variety program “1 Night and 2 Days” before the crew takes off.

Park Bom resting up while resting her arms on the car seat between schedules.

JYJ‘s Yoochun getting comfy in a comfy seat.

T-Ara‘s Eunjung drifts while the manager avoids the car to drift.

Girls’ Generation‘s Taeyeon‘s back flying on cloud 9 while her airplane flies to Thailand.

2AM‘s Jokwon uses the camera shutter to snap a photo of 2PM‘s Wooyoung who gets some shut-eye.

ZE:A‘s Siwan, Hyunsik and Kwang Hee are in dream land while waiting to fulfill their dreams as singers.