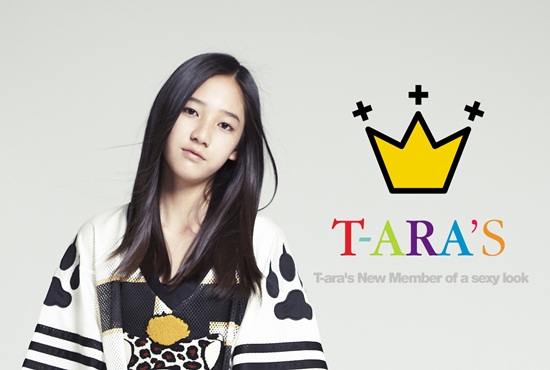 T-ara‘s newest and youngest member Dani received a Japanese Golden Disk trophy even before her debut. T-ara recently won a Golden Disk award in Japan along with Girls Generation for selling more than 100,000 copies of their debut album “Bo Peep Bo Peep.”

Although each members desired to keep the trophy for herself, they decided to give it to the youngest member Dani as an encouragement since there is only one trophy. Dani revealed a photo of herself with the trophy online and commented, “I am so surprised and glad to get this trophy from the other members. I will try even harder and present an awesome stage with the other members in 2013.”

Currently, T-ara is in Japan for “K-Collection in Okinawa” and other concert schedules. They will be returning to Korea on October 21. After a brief break, they will go back to Japan on November 10 to promote “Sexy Love” and focus on their Japanese promotion all throughout November.

Meanwhile, T-ara became the first Korean girl group to top the Oricon’s daily and weekly charts on the day of release of their debut album with “Bo Peep Bo Peep.”