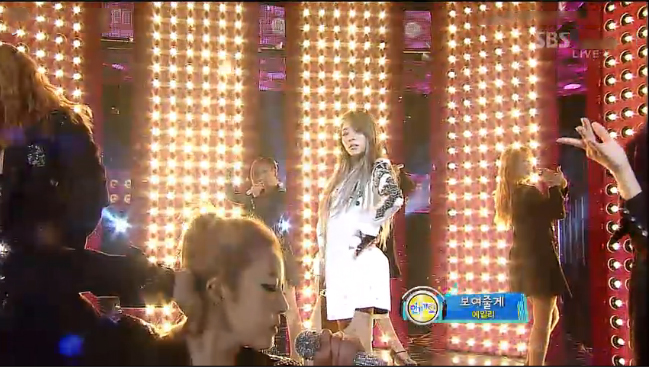 Ailee Makes Her Inkigayo Comeback Performance with “I Will Show You”

Rookie soloist Ailee made her Inkigayo comeback performance today with “I Will Show You.”

The song is the title track to her new mini album “Invitation” which was released on October 17. The music video for the song was also revealed that same day.

Ailee showed off her powerful vocals with her debut track “Heaven” in February. In addition, she also gained popularity through her role in the drama Dream High 2.

Ailee
Music Core
How does this article make you feel?