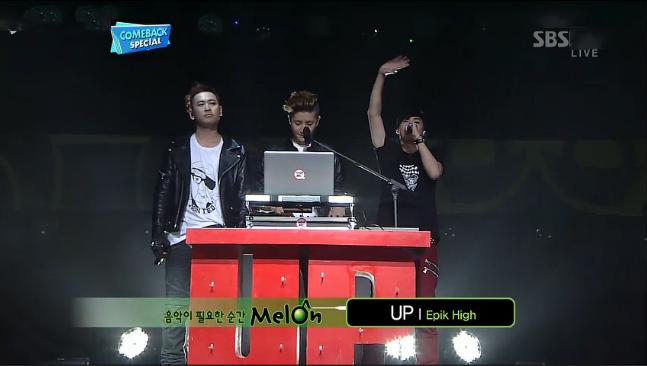 After nearly three years, Epik High finally makes their comeback to the Korean music scene with their seventh album “99.”

Today on Inkigayo they performed their two title tracks “Up” featuring 2NE1‘s Park Bom and “Don’t Hate Me.” The music videos for both tracks were released two days ago on October 19 along with the digital release of their album.

Epik High
SBS Inkigayo
How does this article make you feel?