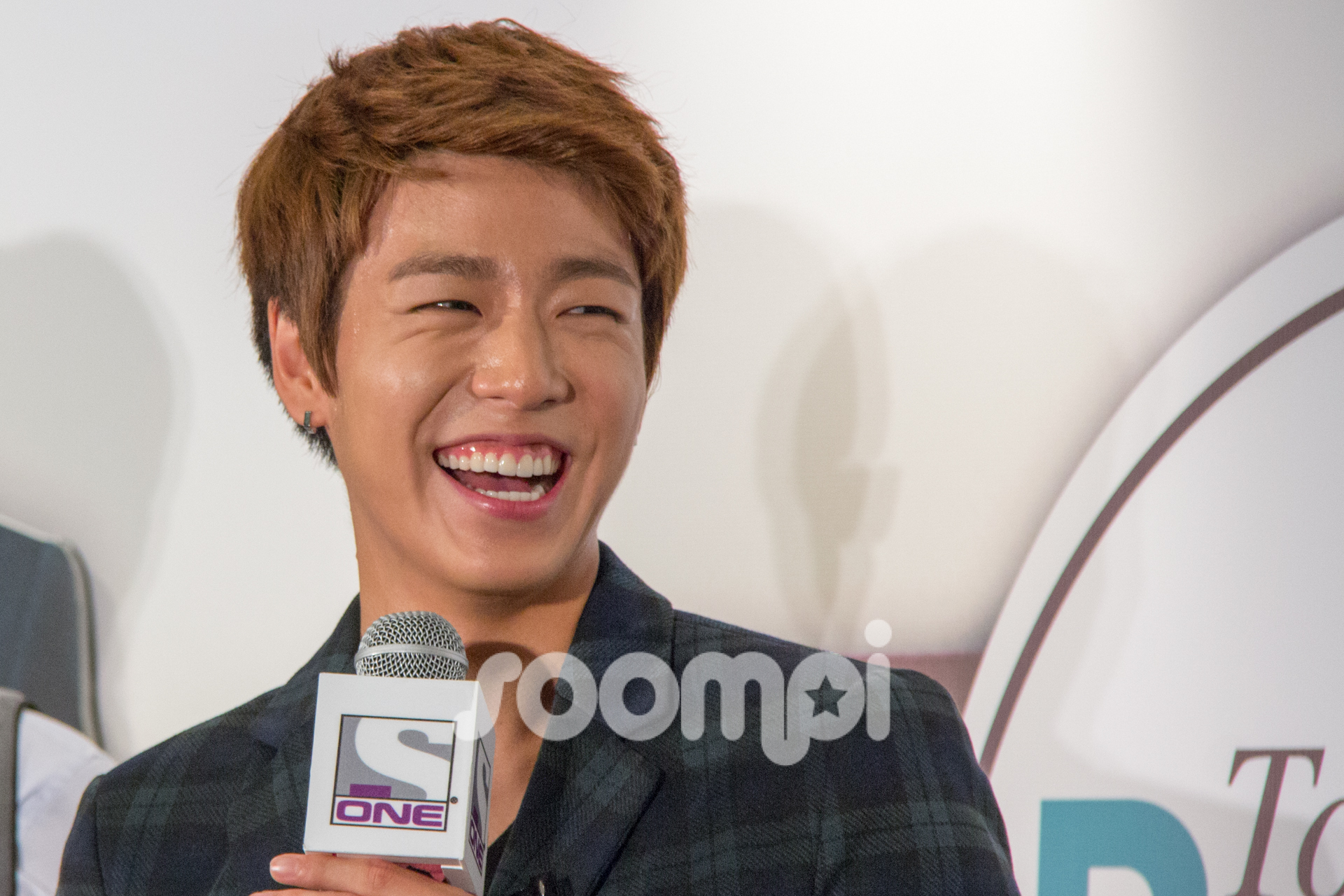 Rising star Lee Hyun Woo was recently invited by cable channel ONE to visit Malaysia and Singapore to promote “To The Beautiful You” in a whirlwind two-day trip on October 14-15. At the Singapore meet-and-greet held at Suntec City Mall’s Entertainment Center Atrium, Lee Hyun Woo was warmly greeted by the huge turnout of the drama’s fans.

Lee Hyun Woo introduced himself to the fans firstly in English and Mandarin, and the event host DJ Ah Ken from radio UFM 1003 taught him how to say “saya cinta padamu” in Malay, which means “I love you”, which at once brought on even louder cheers from the audience.

MC: Could you tell us what attracted you to be involved in the drama “To The Beautiful You?”

LHW: I chose this because the original script and the director and all the cast in TTBY are all very great.

MC: Could you tell us more about your character in the show?

LHW: I chose a character that is similar to myself, which is pure, honest and very sincere.

MC: What is the difference between the drama’s character and the real you?

LHW: The similarity between Eun Gyul and myself is above 90%.

It’s a pity that the sound from the mics were so soft his answers and the translator’s could hardly be heard, as they all get drowned out by the fans’ constant screaming and cheering. During the short interview, Lee Hyun Woo was asked to sing the memorable “cute song” sang by Eun Gyul in the show, to which he gamely led the fans to sing along with him.

Next, Lee Hyun Woo was treated to three local delicacies — chicken rice, sinchew beehoon (Singapore rice noodles) and rojak (a traditional fruit and vegetable salad mixed with fried dough sticks and prawn paste gravy) and said that “rojak” is a nice name. DJ Ah Ken joked that he’s also feeling hungry and Lee Hyun Woo immediately fed him a piece of dough stick from the plate, much to the envy of on-looking fans!

Before Lee Hyun Woo could finish chewing the food, DJ Ah Ken asked the young actor to make some cute poses, which of course includes the “bbuing bbuing” aegyo. He did it not only once but turned to fans in all directions and repeated it for them to see, this young man is really thoughtful, isn’t it?

MC: How would you charm a girl?

Five lucky fans were picked to go on stage and sing the cute song to Lee Hyun Woo. Instead of picking one winner who did the best, Lee Hyun Woo chose to give all of them a hug and do a selca with each of them!

“With some of the most popular new Korean entertainment content airing within just weeks of their debuts in Korea, ONE is an irresistible TV offering, yet we are always looking to top that. Beyond enjoying the great programs on the channel, there is nothing like meeting the stars of these shows in person, and ONE is proud to continue delivering these priceless moments to our viewers, clients and partners once again,” said Ricky Ow, Executive Vice President and General Manager, Networks, Asia, Sony Pictures Television.

Indeed, nothing beats meeting the star in person, thanks to Channel ONE for inviting Soompi to cover the meet-and-greet!

Lee Hyun Woo
KPLG
To the Beautiful You
How does this article make you feel?