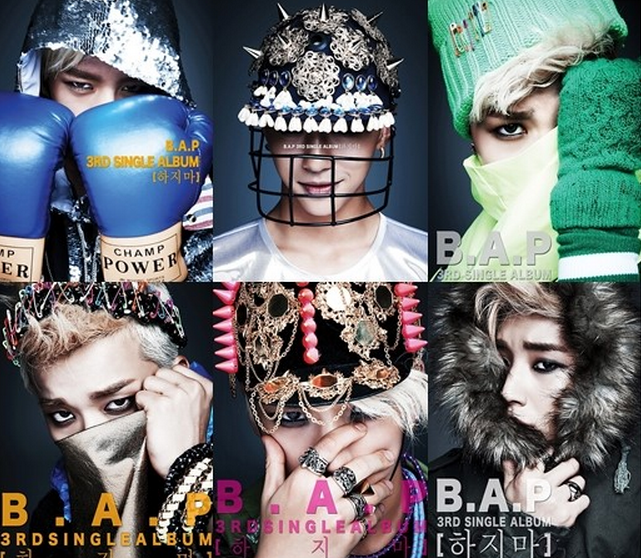 B.A.P. Goes Back to Blonde for Comeback Album

Ahead of the release of their third single tomorrow, B.A.P. unveiled their new jacket photos. Last week, TS Entertainment revealed veiled teaser images of each members, leaving fans curious. The boys return as blondes, going back to their hairstyle from their debut days. As shown in the stills, they’re sporting black denim outfits detailed with gold chains.

Leader Bang Yong Guk stands out with his new hairstyle, where both sides of his head are shaved for a more masculine, bad-boy look. His top, which is slightly opened, reveals his toned body. Daehyun and Himchan show off their perfect features, flaunting their pronounced noses and sharp jawlines. Jongup wears a hooded sleeveless top, revealing a new manly charisma. Youngjae looks fierce with his piercing eyes, while maknae Zelo straddles between a boyish and tough guy image with his baby perms.

B.A.P.’s newest title song “Stop It” will be released on October 23 on several music sites. Check out the teaser below!