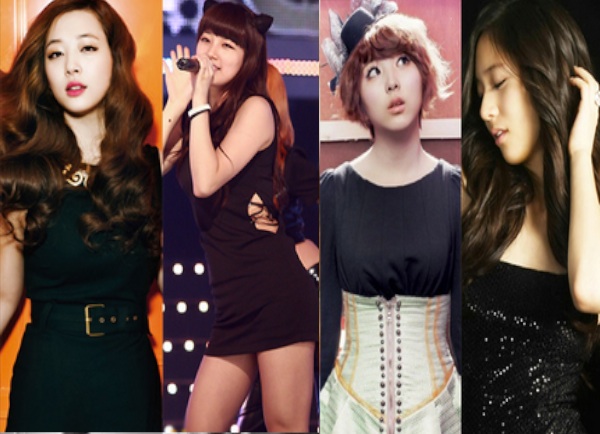 Idols Born in ’94 Choosing Between Colleges and Career

As the 2013 College Scholastic Aptitude Test, which is scheduled on November 18, is approaching, many K-pop fans are paying close attention to a handful of idols who are eligible to apply to colleges this year. While some idols have decided to focus solely on their career, some are busy preparing to apply to colleges.

This year, idols born in 1994 are eligible to take the scholastic aptitude test and expected to apply to colleges. This includes miss A‘s Suzy, f(x)‘s Sulli and Krystal, 4minute‘s So Hyun, Girls’ Day‘s Hye Ri, A Pink‘s Son Na Eun and Hong Yoo Kyung, U-KISS‘s Dongho, EXO-K‘s Sehun and others.

Suzy, who has been having a busy year with the success of miss A and film “Architecture 101,” decided to focus on career rather than applying to colleges. f(x)’s Sulli, 4minute’s So Hyun, and a few other idols are taking the approach. Their agencies have explained, “They plan on taking the scholastic aptitude test this year, but are not too concerned about going to colleges. They are more focused on their career as singers.”

This trend has been set by many idols who chose their career over college diploma in the past. For example, IU, who was born in 1993 and became eligible to take the college entrance scholastic aptitude test last year, decided once again not to apply to colleges to pursue her career as a singer and actress.

Meanwhile, some idols are diligently studying and preparing to pursue further academic careers. U-KISS’s Dongho participated in a college interview with an IV in his arm during his hospitalization for pleurisy. f(x)’s Krystal, A Pink’s Son Na Eun, Hong Yoo Kyung, Girls’ Day’s Hye Ri and Dal Shabet‘s Soobin are all preparing to go on to colleges and universities.

Previously, some idols have caused a controversy regarding their special admission criteria in entering colleges. Even after being accepted to prestigious schools, some idols and celebrities failed to perform their duties as students with frequent absence and lack of involvement in the student body. As a result, many idols have decided to either completely give up on advancing to colleges and universities or become extremely dedicated pursuing their academic careers, setting a new trend for the future generation of idols and celebrities.