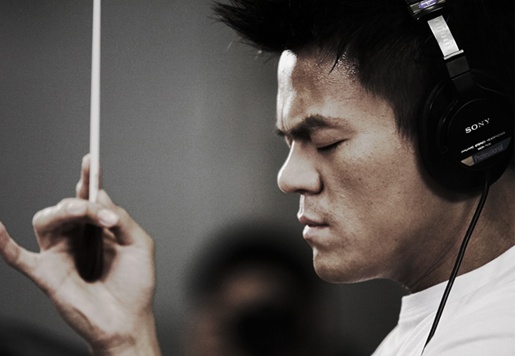 Earlier today, Park Jin Young, the musician/songwriter/actor better known as JYP, tweeted a photo of himself on vacation with the message, “Making 500 songs in 18 years, guess I needed a break.” Although the 500 figure may sound like a bit of a stretch, it doesn’t come as that big of a surprise considering that he was named the songwriter with the highest copyright revenue last year.

Since his debut in 1994, JYP has firmly established himself as one of K-Pop’s top singer-songwriters. Lately, he’s been expanding his career into the acting field, but that, we’ll have to wait and see how it goes. But there’s no question his musical ability is top class, having written and composed countless hit songs, all the while training and producing some of the best artists such as Rain, G.O.D, Wonder Girls, 2PM, and miss A.

In this article, we narrowed it down to 10 of the best songs written and composed by JYP. It includes his own singles as well as songs by some of his fellow JYP Entertainment artists. Scroll through the list and let us know if you agree/disagree with the list!

(Flip through the list by clicking the arrow at the bottom of the top image!)

JYP’s 1994 debut single, “Don’t Leave Me,” is a pop dance number that features JYP’s soft vocals and powerful dance moves. It’s almost been 20 years since its release, but the beats and rhythm are still very trendy, showing JYP’s high music-IQ.

“She Was Pretty” by Park Jin Young

This 1997 title track of JYP’s third album is a new jack swing/R&B track with dance moves only JYP is capable of pulling off. The song makes you groove with its strong beats and it really solidified JYP as one of the best singer-songwriters in Korea.

“Honey” was the title track of JYP’s fourth album released in 1998. It was his fourth consecutive smash hit album, and although the song is an old school swing number, it’s still used in a lot of dance lesson classes.

Park Ji Yoon’s 2000 single, “Grown Up Ceremony,” drastically changed her image and made her one of the most sensational artists of the year. The lyrics, dance, and outfit were all highly controversial, but JYP gave Park Ji Yoon the biggest success of her career.

It would be meaningless to write this list without mentioning Rain. “It’s Raining” was released a week after the end of Rain’s popular drama, “Full House,” so it helped generate more publicity. But JYP wrote a song that perfectly matched Rain’s style back then, and with Rain’s hot on-stage performance, it was popular all over Asia.

“Tell Me” by Wonder Girls

The Wonder Girls’ 2007 single “Tell Me” was sensational back then, bringing old school and retro back to K-Pop. JYP used Stacy Q’s “Two of Hearts” as a sample track to write this song. Sohee’s “Omona!” is still considered the most memorable move in the past decade.

“Nobody” by Wonder Girls

Another retro song by the Wonder Girls, “Nobody” generated the same type of popularity as “Tell Me.” Its Motown-based sound and stage concept was surprisingly well-received, and its catchy lyrics and rhythm made it one of the most popular songs of the year in 2009.

“Heartbeat” is 2PM’s main title track of their 1st album. The song itself was good, but it was the performance on stage that really generated the publicity. It features JYP’s signature “narration-style” verses and we hope to see more of it in 2PM’s future songs.

miss A’s “Bad Girl Good Girl” was by far one of the most popular songs in 2010. Most people still identify miss A with this song and you can easily tell this song was written by JYP.