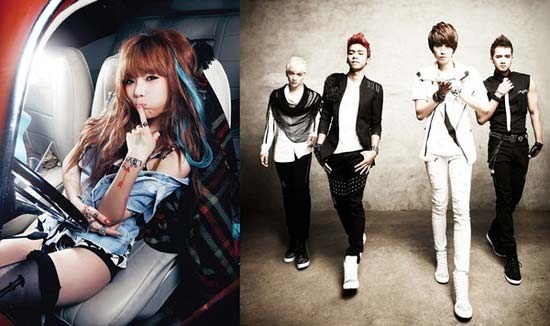 It’s been earlier reported that Cube Entertainment has joined hands with Rainbow Bridge Agency and will become more active within Indonesia. To start off, 4minute’s HyunA will participate in the debut track for S4, an Indonesian idol group.

S4 is the winner from the first season of “Galaxy Superstar,” which is an audition program collaborated between Indonesia and Korea. As the winners, they were able to receive intensive training under Kim Do Hoon who is well known for hits like CN Blue’s “Loner “ and 2AM’s “Like You.”

The title track is “She is My Girl” and HyunA will be featured as a rapper. The song has a strong beat and an addictive melody. With HyunA’s immense popularity within Korea and big presence world wide thanks to her appearance in Psy’s viral music video, many are anticipating the results of the collaboration and it’s effect on the local market.

Here’s the teaser video for the new group!

4Minute
HyunA
KPLG
S4
How does this article make you feel?