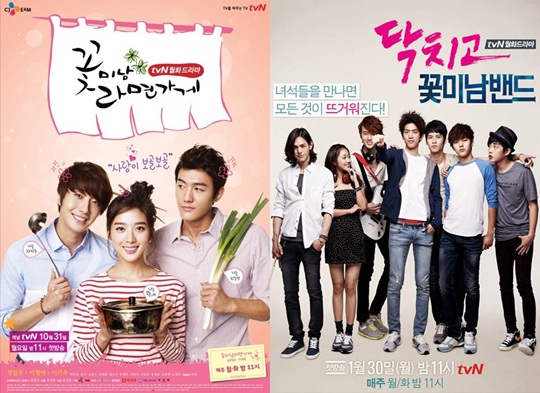 Great news for fans of “Flower Boy Ramyun Shop” and “Shut Up Flower Boy Band”, the third installment of the Flower Boy series is on its way. tvN announced their plans for “The Flower Boy Next Door.”

Not much has been revealed about the drama except what can be assumed from the title. In a time when people hardly even know who their neighbors are, one girl discovers that a flower boy moves in next door.

A journalist from “Newsen” revealed, “We know that casting is in process. There are some strong ‘Flower Boy’ candidates.”

The official broadcast dates cannot be announced until after the casting is finalized, but tvN is planning for a January debut.

The “Flower Boy” series started in October of last year with “Flower Boy Ramyun Shop.” The drama was about a flower boy and a female college student who run a ramyun restaurant together. Jung Il Woo, Lee Jung Ah, and Lee Ki Woo make up the love triangle in this romantic comedy.

Who do you hope will be cast in the next “Flower Boy” drama? Share your thoughts below!