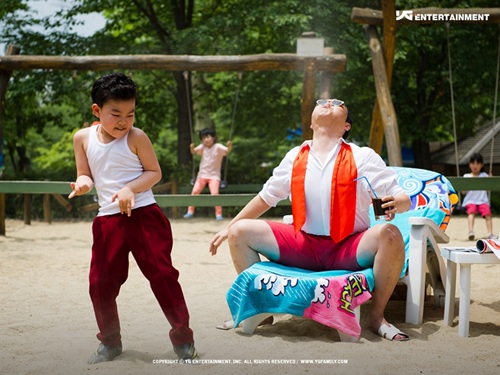 “Little PSY” Talks About His U.S. Show and Life After “Gangnam Style”

Child dancer Hwang Min Woo, who captured the hearts of many through his dancing scene in the music video of PSY’s “Gangnam Style,” has revealed what it felt like to performed in the States on MBC’s “Good Day” on October 24.

These days, Hwang Min Woo is called the “Little PSY.” With his chubby face and comical yet skilled dance moves, he is indeed a miniature version of PSY. After his performance in New York, there were so many spectators that he was bodyguarded by 10 police officers. Hwang Min Woo excitedly said, “Since there were so many people, the police officers came and took me back to my hotel. I felt like being a ‘Little President’ and it felt good.”

On the show, Hwang Min Woo’s dad Hwang Uee Chang said how there was a big age gap in the family. “Min Woo’s sister is 30 years old whereas he is only 8.”