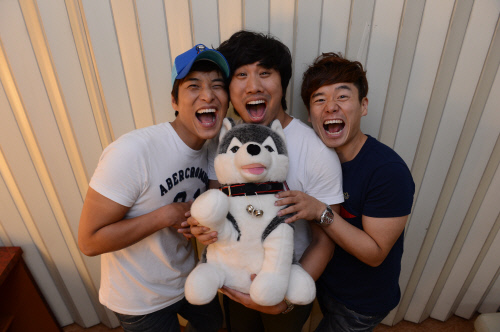 The members of the comedy routine, Jeong Tae Ho, Kim Dae Sung, and Song Byung Chul, have joined alongside Brownie. Instead of their usual comical expressions and frilly dresses, the members looked very fit in their suits and opted for a more serious look.

On October 22, the “Madam Jeong” team participated in the fashion show of designer Jang Kwang Hyo at the S/S Seoul Fashion Walk.

Comedian Kim Dae Sung said, “Honestly, I didn’t know that Brownie would become such a hit. We first planned for Song Byung Chul to wear a dog suit.”

The interview and pictures of “Madam Jeong” can be seen on the November issue of “NYLON.”

Gag Concert
KPLG
brownie
Madame Jung
How does this article make you feel?