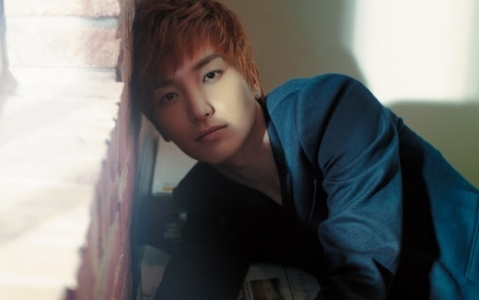 Leeteuk, from idol group Super Junior, wants to show his loyalty by appearing as a guest on Kang Ho Dong’s official comeback as a MC for “Star King.”

On October 25, a representative from the production staff commented that Leeteuk will appear as a guest for “Star King”s recording on October 29, which will be the day before he enters the army. Many people are anticipating the filming atmosphere on set since Leeteuk co-hosted the program when Kang Ho Dong had to make a temporary leave from the entertainment industry due to a tax evasion scandal.

Many fans are anticipating Leeteuk’s appearance because he will most likely be sporting the buzz-cut all men experience before entering the military.

On October 26, Leeteuk updated his fans with the comment, “‘Star King’ is such a meaningful program to be. For 5 years, I went from a corner seat to sub-MC to the main MC going up one step at a time. I’ve experienced a lot here and learned a lot as well. I recorded my last episode last week.”

On October 30, he will head to Uijeongbu to start his 5 week military training before officially entering for service.

Soompiers, let’s hope these 2 years will go by quickly!