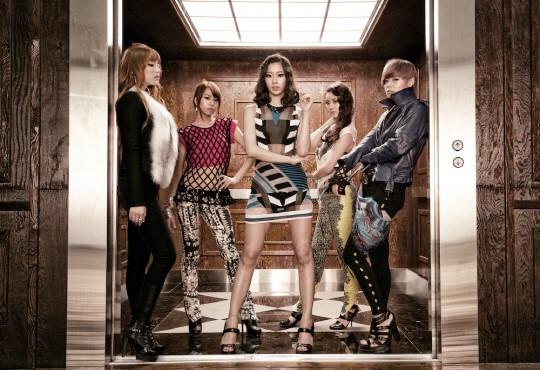 RaNia to Debut in the US in November

RaNia‘s agency DR Music announced that Rania has signed exclusive contracts with Empire Records for distribution and Fireworks for management of the group in the United States.

Brett Lewis, Empire Record’s lawyer who has been handling the company’s legal signing with various artists like Bob Dylan and Snoop Dog, commented after signing the contracts, “RaNia, the Korean girls with ‘Gangnam Sytle‘ is coming to the states. We are here to witness a K-pop girl group blossom from the American music market into the world. It is time for Korean artists with new sounds to come to the United States.”

RaNia has been offered opportunities to debut in the United States since the beginning of this year as their debut title song “Dr. Feel Good” was reviewed favorably among industry experts and artists. Teddy Riley, one of Michael Jackson‘s main producers, produced and wrote “Dr. Feel Good” for RaNia. Furthermore, the overall K-Pop syndrome on the internet assisted RaNia greatly in making such a big advance to the international market.

DR Music commented, “A lot of artists, producers, and other industry experts in the United States are paying especially close attention to K-pop now. We were surprised to find out that they know so much more about K-Pop than we expect them to. Since we are talking about unexpected promotions and plans, we will reveal one by one as soon as we confirm anything. We are very nervous in this new challenge, but this will never stop us from trying our best to accomplish something.”

RaNia will be visiting the United States in early November to do their first official promotion.

RANIA
DR Music
Empire Records
Fireworks
How does this article make you feel?