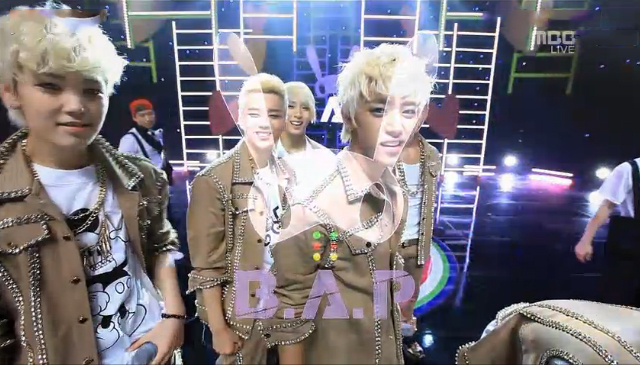 Following their first comeback performance yesterday on Music Bank, B.A.P continued their comeback promotions of “Stop It” with their performance tonight on Music Core.

“Stop It” is the title track of their third single album “Yes Sir” which was released on October 25. While they have went back to being blonde for this comeback, this song features a lighter pop sound.

It has been a very busy year for the rookie group. After debuting with “Warrior” in January, they made comebacks with “Power” in April, “No Mercy” in July and “Crash” in August.

In other news, B.A.P will hold a fan meeting with 4,000 fans on October 27 at the scheduled fan meeting located in Korea University’s Gymnasium.

Music Core
bap
How does this article make you feel?