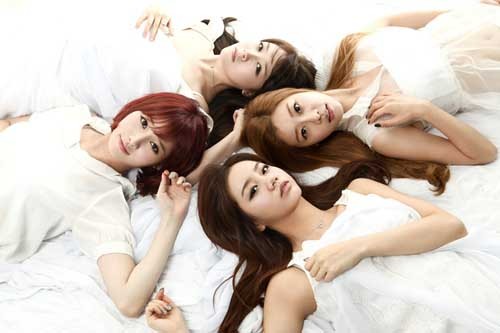 Girl’s Day’s new single “Don’t forget me” is ranked at the top of online music charts.

On October 27, Dreamtea Entertainment announced on its official webpage, “Girl’s Day’s ‘Don’t Forget Me’ is charted number 1 on Bugs, number 5 on Melon and Naver Music, number 2 on Soribada and Daum.”

The combination of its melody and lyrics work to bring back memories of first love.

The agency described the changed concept of the group, “The group has matured. The lady-like look goes well with the song. Perhaps this is why the song is getting so many attention. I hope the group ranks at the top in other real time charts.”

Due to the growing popularity, Girl’s Day is asked to appear on Korea Series Game 3. The group will introduce the program during a substitution changing periods.

Girl's Day
KPLG
Korea Series 3rd Round
Don't Forget Me
How does this article make you feel?