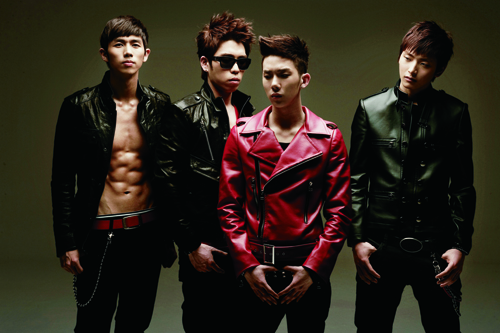 2AM’s Jo Kwon is enjoying his own Halloween. Jo Kwon is disguised as a horrifying nun and lying on a bed in his latest photo. The title of the photo is “Warning: Horrifying and terrifying.” It was uploaded on Jo Kwon’s tweeter on October 28.

In the picture, the singer is wearing a nun costume. He is holding a cross patent wood with bleeding eyes. It is rare for a male idol to disguise as a nun and enjoy Halloween this much.

2AM fans commented, “I thought 2AM was busy in Japan,” “Jo Kwon is so cute but the costume is too scary,” and “This is why I love Jo Kwon!”

Meanwhile, 2AM has officially announced that the group will be visiting Japan for an upcoming concert just recently.

2AM
KPLG
Jo Kwon
How does this article make you feel?