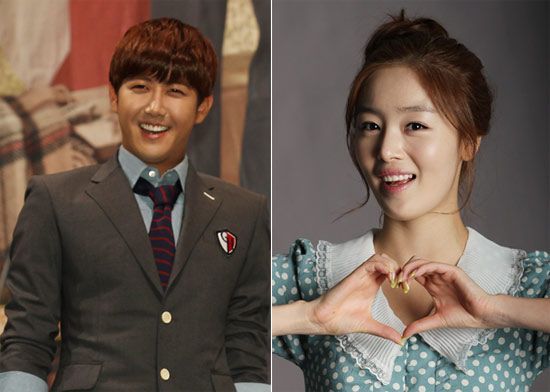 Kwang Hee and Sunhwa Get Touchy Feely on WGM

On the episode of MBC’s “We Got Married (aka WGM)” aired on October 27, Han Sunhwa and Kwang Hee played in Jullien Kang and Yoon Se Ah’s swimming pool.

Kwang Hee was floating on an inflatable tube when he asked Sunhwa, “Why don’t you climb on my back?” Han Sunhwa then did so in piggyback style and said, “Aren’t we being way too intimate too early?” The atmosphere quickly became romantic, but Kwang Hee could not support Sunhwa for long and they both fell into water, causing everyone to laugh.

Then when Han Sunhwa tried to climb out of the swimming pool to grab a towel, Kwang Hee attempted to lift her out himself just as Jullien Kang did with his partner. Kwang Hee, however, was unsuccessful.

After being playful, Han Sunhwa complained, “To create a romantic atmosphere, we need physical intimacy.” In return, Kwanghee attempted to shoulder-lift Sunhwa again, and was successful the second time.

Kwanghee
KPLG
WGM
Han sunhwa
How does this article make you feel?