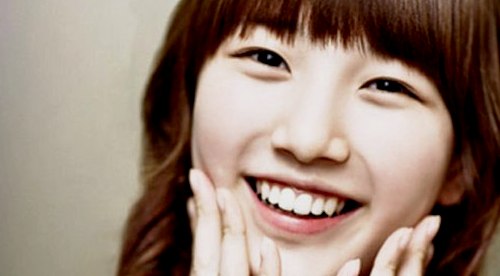 It was revealed that the total combined weight of the girl group miss A’s member Suzy and comedian Lee Young Jae is approximately 140kg. On KBS’s “Invincible Youth Season 2” aired on October 27, the G5 members attempted to help a gluttonous family go on a diet.

On this episode, G5 and the members of the show found out that their total weight together is 407kg. Then, Suzy and Kim Shin Young lost the game of rock-paper-scissors. As a punishment, they were ordered to be weighed together. Kim Shin Young was able to escape and avoid this penalty. Suzy, however, was caught by Lee Young Jae and they were weighed together. It was approximately 140kg.

Then all of a sudden, Lee Young Jae walked off, leaving Suzy alone on the scale. Suzy quickly jumped off the scale herself, but her real weight was revealed to everyone on the set. However for the sake of her privacy, Suzy’s weight was blurred out and therefore was not aired.

Meanwhile, this episode focused on the diet attempt of the family who has insatiable love for food. This family, whose combined weight is close to half a ton, was known to eat 400g of bacon and two loaves of bread for breakfast.