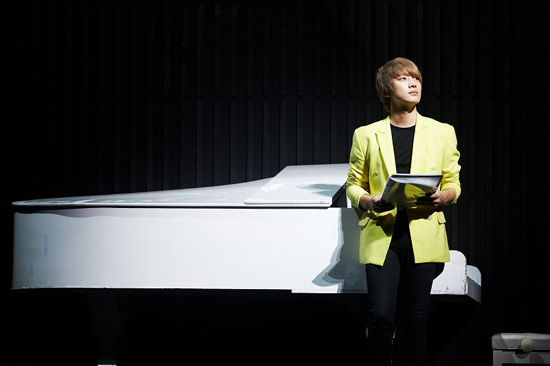 It was reported on October 29 that the star drummer has been cast for the role of Ji Yong in the Korean musical, “Kwang Hwa Moon Love Song.” He will join the production team starting from the Osaka concert on November 10 and will continue to appear on the show during the Tokyo performances next year.

“I’ve always been at the back of the stage as FT Island’s drummer, so I’m a little nervous to stand in the front as a musical actor. It’s true that I’m extra nervous because it’s an overseas performance, but I’ll make sure to be professional and show a good performance,” Choi Min Hwan said.

The musical “Kwang Hwa Moon Love Song” was the most popular musical show in 2011 and 2012. It’s star-studded cast, featuring DBSK’s Yunho, ZE:A’s Kevin, and MBLAQ’s G.O. and Seungho made headlines even prior to its first show. The Osaka shows will be held from November 10 to December 2, while the Tokyo performances will be held from January 1 to 27, 2013.