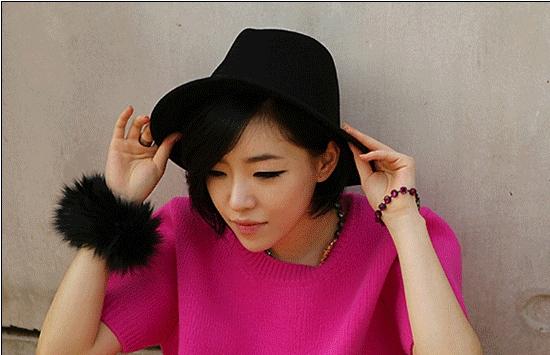 Gain Thanks Her Fans after Wrapping up Second Solo Album Promotions

The youngest Brown Eyed Girls’ member Gain is wrapping up her second solo album “Talk About S.” The singer left a special message of appreciation to her fans on her Facebook page.

The message wrote, “I really enjoyed promoting my latest album. In the short period of time, I gained so much and learned a lot! For my next album, I promise to make an improved comeback. Lastly, I really want to thank you all for supporting Brown Eyed Girls and solo singer Gain!”

Gain’s second album ended with a big success. Her stage performances to the album title track “Blossom” impressed many fans. Netizens commented, “Her stages show how much Gain has worked for the album,” and “Gain is becoming irresistible.”

Meanwhile, Gain will begin to prepare for her role in the upcoming movie, “The Joseon Beautiful Three Musketeers.” The movie will start playing in theaters next year.

Brown Eyed Girls
KPLG
Gain
Talk About S.
How does this article make you feel?