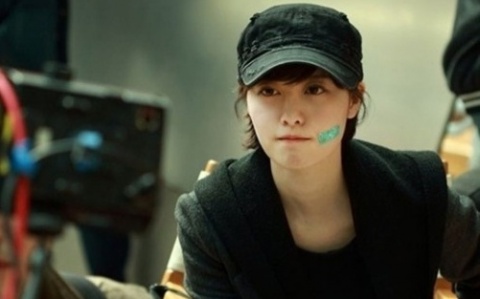 Film “Peach Tree’s” director Goo Hye Sun confessed that she had small differences of opinion with Jo Seung Woo while filming her movie.

Goo Hye Sun appeared as a guest on MBC’s “Come to Play” that was aired on October 29. She explained, “‘Peach Tree’ tells a story about a conjoined twin. The main casts are Jo Seung Woo, Ryu Duk Hwan, and Nam Sang Mi.”

During the show, MC Kim Won Hee asked, “There is a rumor that you clashed with Jo Seung Woo. Is this true?”

Goo Hye Sun replied, “I tried my best to be nice, but I think that was the problem. The truth is, I am a very spontaneous person, while Jo Seung Woo is very organized. He is a perfectionist. I think that might have been why we had some differences in opinions.”

“Peach Tree” premiered at the 2011 Busan International Film Festival. It is to be released in theaters on October 31, 2012.