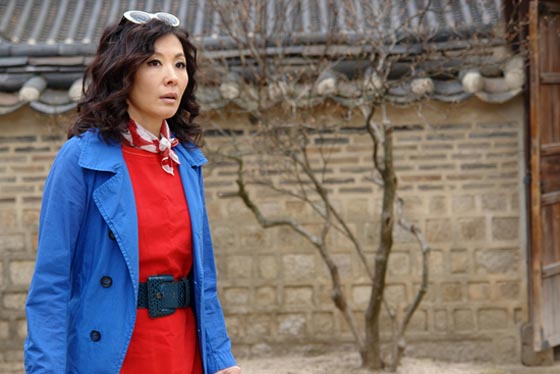 Lee Mi Sook, who most recently was seen on TV in the romantic melodrama “Love Rain,” was a guest on SBS Power FM’s “Power Time” with DJ Choi Hwa Jung. The actress is good friends with the DJ and created a candid atmosphere on air.

“I would like to act with CN Blue’s Lee Jong Hyun,” Lee Mi Sook declared on the show. “I would have something to teach him about acting in melodramas.”

The idol made his drama debut playing the role of Jang Dong Gun’s son in “A Gentleman’s Dignity.”

“I have not seen much of his acting, but it seems like he’s the type that can act like he can protect a woman, even if he is an idol singer,” the actress added. “In addition, he gives a very good feeling.”

On other idols, Lee Mi Sook said, “I like the BEAST song ‘Rainy Day.’ I like songs by BEAST.”