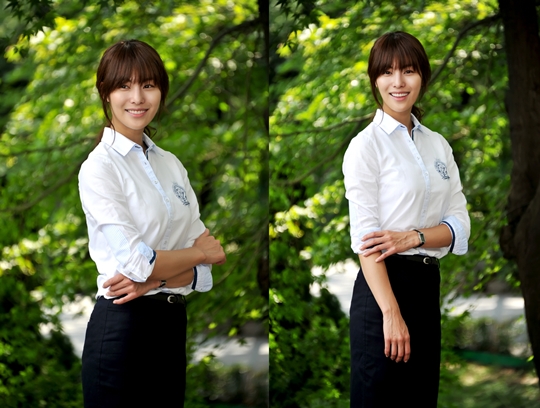 Kim Jung Hwa‘s agency 4HIM Entertainment released the following statement to “Sports Khan,” “Kim Jung Hwa’s mother passed away this afternoon at the Seoul Sung Mo Hospital.” From various interviews Kim Jung Hwa has given, it was revealed that her mother had been battling breast cancer. She had just started to show some improvement, but relapsed and was receiving treatment from Sung Mo Hospital. The funeral service will be held in Guri, Gyeonggido on November 2 at 4:30pm. It is reported that the actress is overcome with grief and is being consoled by family and close friends.

Kim Jung Hwa’s drama “Ugly Cake” just wrapped up its last episode a couple days ago with a dramatic ending to the chaos surrounding the serious issue of bullying. She played the role of one of the school teachers, Kim Joo Hee. The short drama series has earned much praise and acclaim for the uncomfortable truth and application behind the problem of bullying that the drama addresses.

Kim Jung Hwa
KPLG
Ugly Cake
How does this article make you feel?