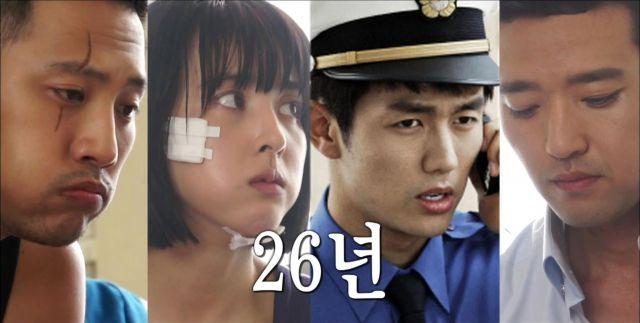 Naul wouldn’t be too happy when he sees the pictures of his girlfriend Han Hye Jin getting too comfortable with another man!

2AM’s Im Seul Ong tweeted two pictures of Han Hye Jin and himself together, “We are at post recording for our movie. I look serious but Han Hye Jin looks too relaxed!”

The two pictures on Im Seul Ong’s tweeter show the singer and the actress in comfortable clothes working at a recording studio. The movie is Im Seul Ong’s first appearance on a movie. Han Hye Jin looks more relaxed than ever, especially with those horn-rimmed glasses!

Netizens commented on the pictures, “Im Seul Ong is so cute!” “They look way too comfortable!” “I really want to watch the movie” and “Han Hye Jin is so pretty.”

Their upcoming movie, “26 Years Later,” is made out of a web cartoon. The story deals with the 1980 pre-democratic movement in Gwangju. The movie will be released on November 29..