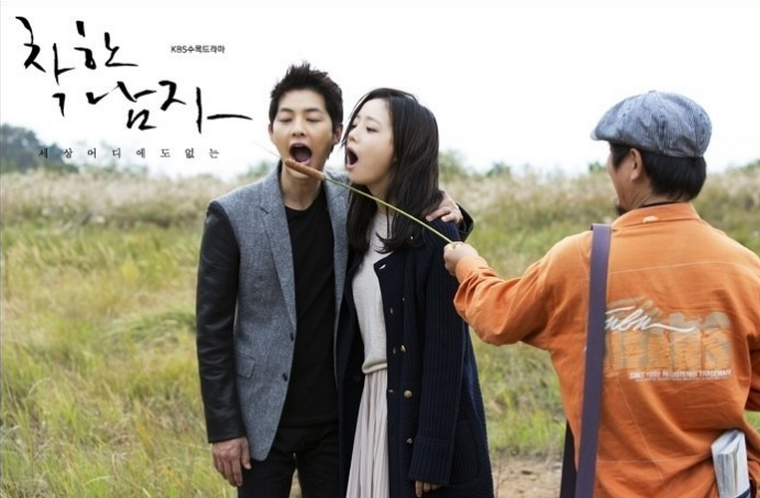 Seo Eun Ki: Let’s get married. I want to marry you Maru.
Ahn Min Young: I’m asking you…Let’s keep the road kill limited to President Seo. Don’t add Kang Maru to the list.
Han Jae Shik: Do you want Maru to disappear from this world too?
Park Jae Gil: I had no idea you were that sick….I’m going to tell Eun Ki and Choco everything.
Eun Ki: I remember now…what kind of person Maru is…

According to AGB Nielsen, KBS’s “Nice Guy,” starring Moon Chae Won, Song Joong Ki,and Park Shi Yeon, maintained its lead in ratings, recording 18.3% with last Thursday night’s episode. “Nice Guy” is a classic melodrama involving betrayal, revenge, and romance. The story is about Kang Maru (Song Joong Ki), who gave everything up for the woman (Park Shi Yeon) he loves only to be betrayed by her. To get revenge on his ex-girlfriend, he uses her step-daughter, Seo Eun Ki (Moon Chae Won).