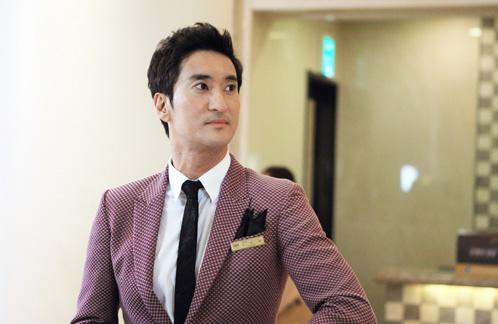 Actor Shin Hyun Joon revealed two childhood photos of him on his Twitter account. The first is a picture of him sitting on a giant fake giraffe with his mother behind him. He posted the picture on October 30 with the tweet, “A love for giraffes that started when I was six years old.” In the picture he looks bright but it is a little difficult to see the resemblance.

On November 1, he put up a second picture, this time it was his kindergarten graduation picture. “This is me! Kindergarten Graduation” was his tweet that accompanied the picture. In this picture he has the same bright look as before, except this time his tall nose is noticeable and it looks more like the actor.

Netizens seemed to enjoy the pictures and complimented him. “Shin Hyun Joon was cute when he was young”, “You look like Roy Kim”, and “What a luxurious looking child” were some of the comments made for the two pictures.