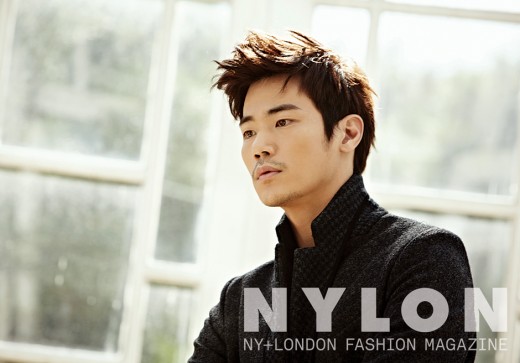 Actor Kim Kang Woo transformed into a man of autumn.

For the fashion magazine “Nylon,” Kim Kang Woo modeled to the concept of “sentimental in the fall.” In this pictorial, Kim Kang Woo shows off his unique easy charm by gazing into the air with a sentimental expression.

One of the staff from this photoshoot praised, “He doesn’t have to do anything; just the way he stands gives of so much emotion. He is such a great actor. It was so easy to work with him.”

During an interview, Kim Kang Woo confessed, “I am serious only when I am working, but everybody thinks that I am a very solemn person.”

Fans who saw these pictures admired, “I like his strong look, but I also like this soft sentimental side of him,” “Man of autumn… Looks awesome,” “I always thought he was a tough guy, but I can see the other side of him in these pictures.”

Meanwhile, Kim Kang Woo is a main cast for the film “Foreign Police Officer” which was filmed in Japan and will be released on November 8.