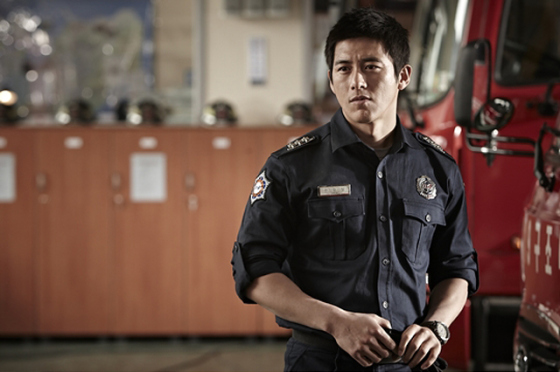 On an online community, various pictures of actor Go Soo were uploaded.

The pictures are stills from his upcoming new movie “Band-Aid.”

In the first uploaded picture is Go Soo looking sooty and in uniform. Even covered in dirt, his good looks cannot be hidden in these photos.

The next picture includes Go Soo and the actress Han Hyo Joo smiling in their uniforms in a bus.

Netizens who saw these pictures admired, “He looks so hot,” “I can’t believe he is going to be a father soon!”

Meanwhile, the film “Band-Aid” is to be released on December 19. Go Soo plays the role of a firefighter, Kang Il, who nurses an emotional wound after failing to rescue his wife. He co-stars with the actress Han Hyo Joo.