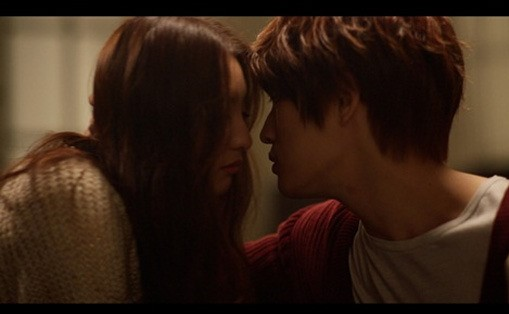 A still of Kim Jae Joong and Kim Ji Won kissing has been released.

Member of the group “JYJ,” Kim Jae Joong, and actress Kim Ji Won participated in the music video by the new singer Baek Seung Heon. His title song is “Until the Sun Rises,” and the music video is to be released on November 2.

Baek Seung Heon’s debut song is the product of the rookie composer Bumi and Nangi who also composed Huh Gak’s “Only Say That I Want to Die.” “Until the Sun Rises” tells a story of a man who starts to feel love for a woman. The lyric is written in a sweet way that anyone in love can relate to.

The music video, which includes a kissing scene between Kim Jae Joong and Kim Ji Won, will be released at 12:00PM on November 2.