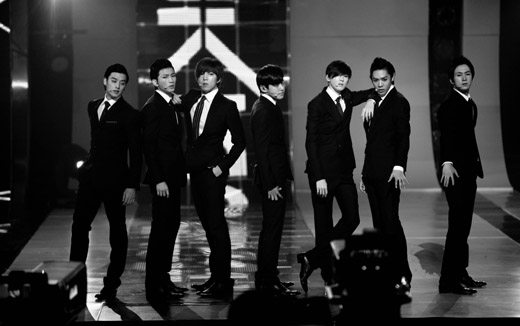 On the first day of November, boy idol group U-KISS wrapped up its concert at the Estadio Monumental Stadium located in Lima, Peru. The group performed in front of more than 7,000 fans and once again proved that they were one of the rising stars of Korean K-Pop Wave.

Following their concert performance, the U-KISS members participated in the live talk show that was organized to talk more about the group and of their future plans. They received numerous love calls from broadcasting parties as well.

As a result, U-KISS made quite a successful debut in South America. Their agency stated, “We’re not thinking of doing this just for once. We’re going to do this for quite a long time. Starting our steps in Peru, we will then go on to Brazil, Mexico, Chile, Columbia and other nations as well. By the second half of next year, we want U-KISS to be the first Korean singer group to tour in 5 South American countries.”

On the second, U-KISS held a fan meeting in Peru for 2,000 people and is to return to Korea in the next few days. The group will then prepare for their promotional activities for their Japanese single that is to be released in December.

U-KISS
KPLG
How does this article make you feel?