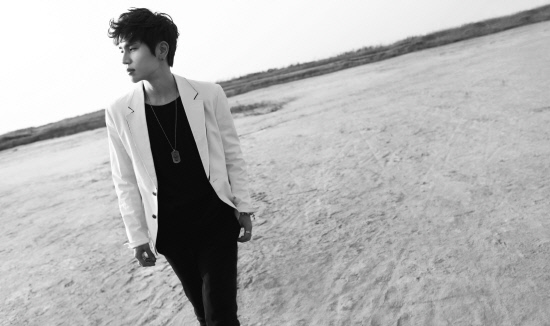 K.Will’s “Please Don’t…” strengthens its hold onto the top spot for the second straight week. Scoring 53 points higher than last week, he easily holds off miss A’s “I Don’t Need A Man.” It is another impressive win for K.Will over many quality singers and songs. “Please Don’t…” also scored its second win on M!Countdown as well.

Rising seven spots to No. 2 is miss A’s “I Don’t Need A Man.” Its score of 919 points normally is good enough to win No. 1 in most weeks, but K.Will’s “Please Don’t…” is too strong. miss A will have to try again next week with more new competition joining the fight.

The first of the four new entries to the top 10 this week is from Ailee, who is the favorite to win the best new artist award this year. Her newest hit “I Will Show You” moves up 11 spots all the way to No. 3. Back in February, Ailee broke into the K-Pop world with a sizzling display of her vocals in her debut song “Heaven,” which stayed many weeks in the top 10. After “Heaven,” Ailee was quiet in the summer and now she is finally back with her first mini-album “Invitation.” “I Will Show You” is written by Kim Do Hoon and Lee Young Seung. It is a disco number starting off easy, but addictive melody line as the song progresses. Ailee’s powerful vocals can be heard through this song.

Sophomore hip-hop group Block B is enjoying their first top five hit as “Nillili Mambo” moves up 16 big spots to No. 5 this week. The group’s previous high on our chart is “Nanrina,” reaching No. 6 earlier this year. “Nillili Mambo” is from Block B’s first full length album “Blockbuster.” It is a hip-hop beat number with orchestra arrangements.

Our highest chart debut this week is at No. 7. Sexy Hyuna of 4minute is coming back with her second solo mini-album “Melting.” The title song “Ice Cream” enters the chart at No. 7 this week. “Ice Cream” is a powerful hip-hop number composed by Brave Brothers. The MV of this song also features Psy, who returns the favor to Hyuna for her appearance in the now international hit “Gangnam Style.” Psy’s cameo appearance may be one of the reasons that “Ice Cream” MV has a very high viewership on Youtube. Could this be another K-Pop hit that makes it worldwide? We’ll find out soon. Domestically, “Ice Cream” has a good chance to become the new No. 1 song next week.

As we mentioned many times on this segment before, the last three months of 2007 was the most glorious period on our soompi chart history. An epic battle between two rising K-Pop groups took place between Big Bang and Wonder Girls. Both groups are now international hallyu stars.

Big Bang started it with “Lie” and the song was No. 1 for most of September and October 2007, a record of seven weeks on top. Wonder Girls then followed up with another six weeks as No. 1 with “Tell Me”. We’ve talked about “Lie” last year. So this time we’ll talk about “Tell Me”, which was No. 1 from October Week 4 to December Week 1 in 2007. Before “Tell Me”, Wonder Girls were starting to get popular, but they are still relatively new. “Tell Me” not only is their breakthrough hit, but producer JYP uses this song to bring back a retro style of dance song that has ever since become very popular in Korean music. Most fans will remember “Nobody” more, but for our chart, “Tell Me” is definitely one of the most legendary songs ever.