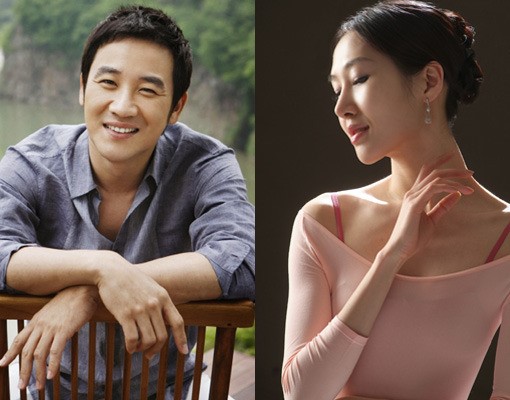 Actor and TV personality Uhm Tae Woong has announced that he will be getting married with a professional ballerina, Yoon Hye Jin in January of next year.

Uhm Tae Woong officially announced his marriage plans on November 4. His bride-to-be Yoon Hye Jin is the daughter of the famous veteran actor, Yoon Il Bong. Yoon Il Bong spoke with Sports Donga and shared that he was very pleased with his daughter’s marriage with Uhm Tae Woong.

Yoon Hye Jin was accepted into the Korean National Ballet in 2001 and received many awards since then. Yoon Hye Jin and Uhm Tae Woong first met in the beginning of this year and entered into a serious relationship. They decided to get married on January 9. Yoon Hye Jin is currently five weeks pregnant.

The previews for next week’s “1N2D” showed Uhm Tae Woong announcing his wedding plans on the show. He said, “I thought about marriage only two days after meeting her. I think I met my lifelong companion.”