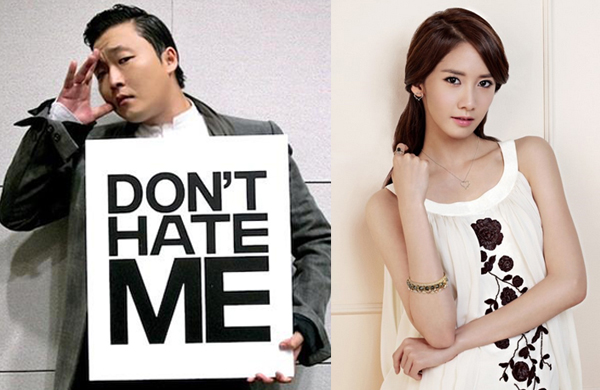 Chinese Media Reports that PSY and Girls’ Generation’s YoonA Are Having an Affair!

On November 3, one Chinese media reported that world star PSY and Girls’ Generation member YoonA were having an affair. According to the report, PSY, who often produces songs for other others, met YoonA about six months ago at a party. While YoonA hid in the corner and hardly said much, PSY was able to warm up to her with his fun and easy-going personality. Afterwards, YoonA attended parties hosted by PSY and developed their secret affair.

The report also stated, “While PSYs affair has not been publicly reported, his wife was well aware of their relationship. However, she kept quiet to protect PSY’s career and her family. PSY married his wife in 2006 and have twin daughters.”

The publication confronted YoonA about this alleged affair at the press conference for Vivienne Westwood’s fashion show in Hong Kong last week. Apparently, the translator refused to translate the question, and the publication asked the same question in English. YoonA chose not to reply and left the scene.

Those who’ve seen and heard the news commented, “I don’t believe it,” “Hilarious. Like anyone’s going to believe this,” “Once I see photos, I’ll believe them,” “Neither of them are crazy enough to do that,” and more.