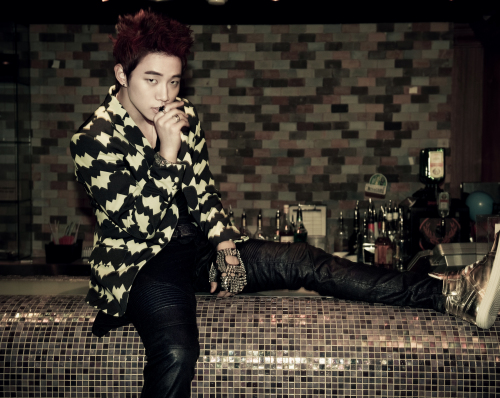 2PM‘s Junho has begun filming for his first ever movie “Surveillance” and will officially start his acting career as Lee Junho.

Junho took his steps as an actor on November 2 as he successfully ended his first filming session for “Surveillance.” The upcoming film “Surveillance” is receiving attention for its hot cast, which includes Seol Kyung Koo, Jung Woo Sung and Han Hyo Joo. Junho’s addition caused even more people to take interest in the film.

“Surveillance” is a crime action film about a special police unit who tries to track down a secret criminal gang. Junho has the role of “Squirrel,” who is good-humored and experienced and is the mood maker of the police unit.

Junho showed his acting potential in past films such as “White: The Melody of Curse,” and a Korean tourism film, “Hello,” with his fellow 2PM and miss A members. Inside sources reveal that Junho received many compliments for perfectly executing his character and giving a breath of life and energy into the film.

After ending his first filming session, Junho shared, “Before we started filming, I was really worried but due to the help of many people, including my senior actors, I was able to successfully film my parts. I am very excited and nervous. I will try my best with a hard-working and learning stance. Please give a lot of interest to our film.”

Meanwhile, 2PM will be holding an Asian tour early next year.

2PM
Junho
KPLG
Surveillance
How does this article make you feel?