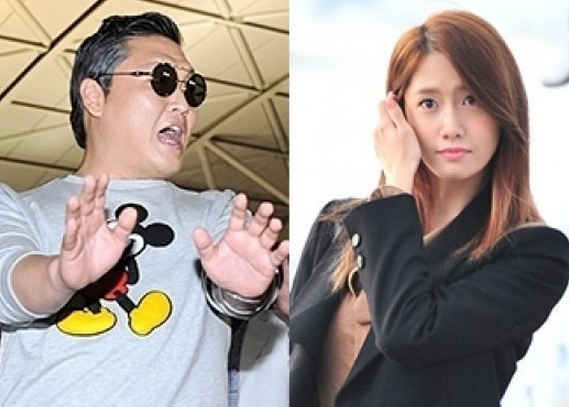 As we reported yesterday, a Chinese media reported that PSY and Girls’ Generation’s YoonA were in a secret affair over the weekend. However, it’s been revealed that the report was based on a photo of YoonA wandering the streets with a man. In the photo that was included in the article, YoonA is seen wearing a hooded jacket. She’s seen walking and talking with a man who has his face covered with a cap. The Chinese report stated that his man was in fact world super star PSY.

Angry netizens, however, recognized the scene from popular SBS variety show “Running Man” that aired earlier this year. It’s been confirmed that the photo was actually taken by the “Running Man” team and uploaded as a BTS still on its website.

Netizens commented, “Are you kidding me? Really? This is what you based your report on?” “This is unbelievable,” “Just because someone is Asian with single eyelids doesn’t make them all PSYs,” and more.

According to the Chinese report, PSY, who often produces songs for other others, met YoonA about six months ago at a party. While YoonA hid in the corner and hardly said much, PSY was able to warm up to her with his fun and easy-going personality. Afterwards, YoonA attended parties hosted by PSY and developed their secret affair. The report stated, “While PSYs affair has not been publicly reported, his wife was well aware of their relationship. However, she kept quiet to protect PSY’s career and her family. PSY married his wife in 2006 and have twin daughters.”

Both YoonA and PSY’s respective agencies said that the claims weren’t even worth responding to. Guess they were right!