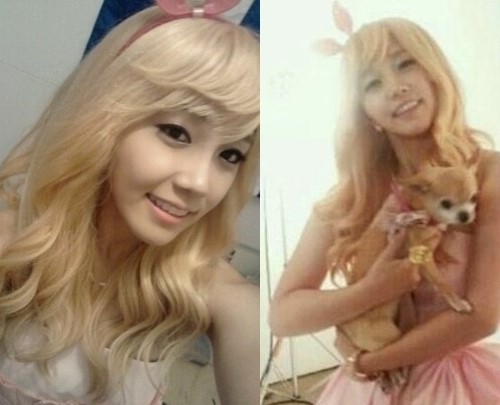 On November 5, a press conference for the musical “Legally Blonde” was held in Seoul. Jung Eun Ji first said, “I will do my best to not hurt the title, ‘Musical actress Jung Eun Ji.’ It’s my first time trying a musical, so I am doing my absolute best to do well.”

This is the musical debut for Eun Ji, who rose to stardom following her role in tvN drama “Reply 1997.” She’s received a lot of positive reviews from her acting in the drama, and many fans are anticipating the same type of high quality acting in “Legally Blonde” as well.

In the musical, Jung Eun Ji will be playing the role of Elle Woods, alongside Girls’ Generation’s Jessica and musical actress Choi Woo Ri. Jessica, in particular, is reported to have provided a lot of good advice as she’s also part of a girl group member and they share many things in common.

Eun Ji said, “Jessica always tries to help me and teach me new things whenever she visits our training room. Since she was part of the first casting team, she gives me a lot of tips on the acting, and I feel like she’s providing great help to me.”

“Legally Blonde” is a Broadway musical based on the 2001 movie starring Reese Witherspoon. The first musical was held in 2007 in New York. The shows starring Jung Eun Ji will begin on November 16 at the COEX Hyundai Art Hall and will run until April, 2013.