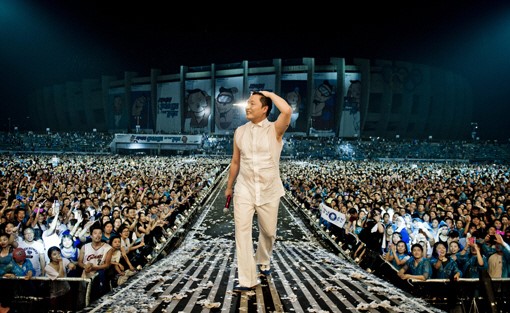 PSY will release his worldwide debut album early next year, around February or March, it was reported on November 7. According to the Yonhap News Agency, PSY said at a press conference in Paris that, “I am planning to release a new worldwide album next February or March.”

He added there will be both a Korean and an English version, as it will mark his official worldwide debut. When asked about his “Gangnam Style” flash mob that took place at the Trocardo Square a few days ago, PSY said, “I saw more than 20,000 fans gather and explode in front of me. It’s my first time to see this many people for a flash mob. It was really emotional.”

He also spoke about his “Gangnam Style” music and its worldwide success, saying, “I usually don’t believe what happens on the Web. I don’t think I’m that popular in France yet. I was really touched by French women singing my song in Korean. Since I’m Korean, I try to keep (my songs) in Korean.”

Meanwhile, PSY is scheduled to head to the UK on November 7 and give a special lecture to students at Oxford University.