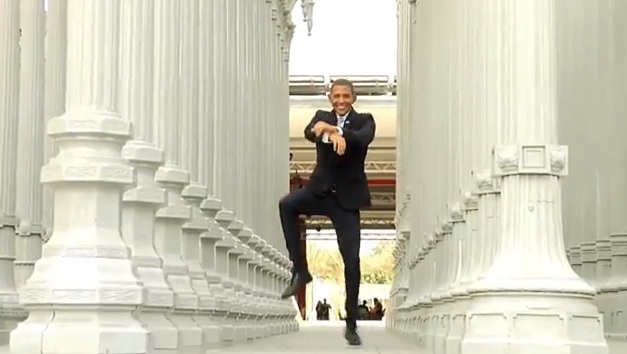 President Obama Thinks He Can Pull Off “Gangnam Style” Moves

First of all, congratulations to President Barack Obama for his re-election!

For his second term, we’re sure President Obama will be facing tons of questions on more pressing issues, but for us K-Pop fans, there’s nothing more important than this – When is the U.S. President going to show his “Gangnam Style” moves?

It seems like the President actually has been thinking about it lately as he briefly answered the question during a recent radio interview. On November 6, during a radio interview in New Hampshire, the President was asked whether or not he or Michelle would eventually do a rendition of PSY’s “Gangnam Style.”

“I just saw that video for the first time,” Obama said. “I think I can do that move. But I’m not sure that the inauguration ball is the appropriate time to break that out.”

He continued, “Maybe…do it privately for Michelle.”

Well, I guess we won’t be seeing it, at least in public, any time soon. Until President Obama decides to bust out his “horse-dance” moves in public, we’ll just have to settle with this fake “Obama Gangnam Style” video below!